Machinist’s Mate First Class “Buster” Horak was serving aboard the USS Maury near Hawaii when Pearl Harbor was attacked. After the attack, the Maury patrolled the Hawaiian Islands and then was sent off to help in the Battle of the Coral Sea and the Battle of Midway. He was transferred to the USS Denver CL-58 in October 1942 and was stationed on-board  during the defense of Cape Torokina, Bourgainville. The ship was hit by an aerial torpedo which knocked out all of USS Denver’s power and killed Buster and 19 other men.

His body was repatriated to the United States and re interred in St Joseph’s Cemetery in Petersburg, Virginia. 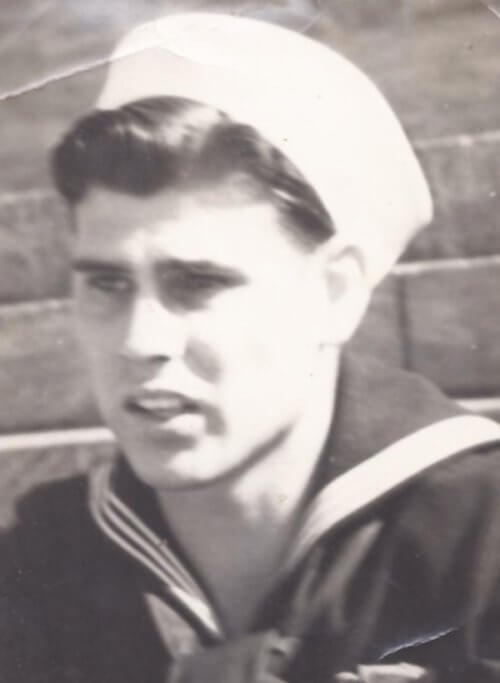