Coxswain Henderson served on the USS Bebas DE-10. He went to boot camp in Bainbridge, Maryland, then transferred to the Norfolk naval base for gunnery training. Before the war, he was employed by the Mick-or-Mack Grocery Store in Cambria, Virginia. 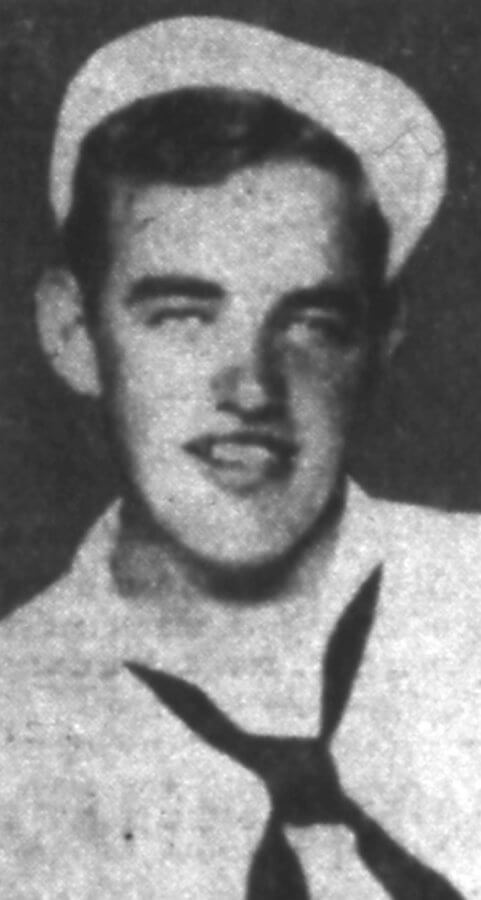