Lieutenant Junior Grade Downing served aboard the USS Frederick C Davis (DE-136) which participated in Operation Teardrop, a hunt for snorkel-equipped U-boats in the Western Atlantic. U-boat U-546 fired a gnat which hit the USS Frederick on its port side, the ship broke in two and quickly sank. Within three hours, survivors were rescued but 115 men were lost.

He was a graduate of Portlock High School and the Norfolk division of the College of William & Mary in 1942. He attended the U. S. Naval Midshipmen’s School at Columbia University in 1942.

His name is etched on the Tablets of the Missing in the East Coast Memorial, New York. 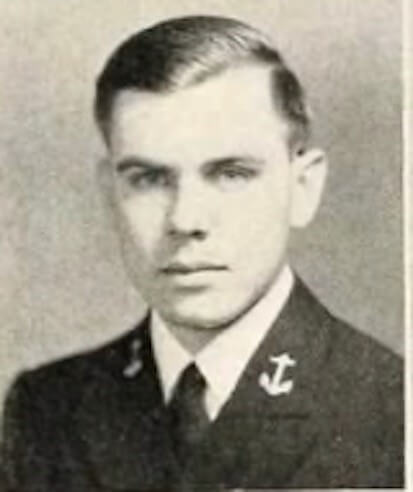