Sergeant Gibson served with Company A, 318th Infantry Regiment. He had been wounded while serving with General George Patton’s Third Army and died of his wounds. 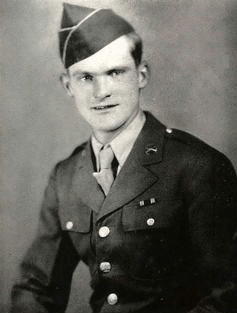