Before the war, “Pete” worked at the department store, N. W. Pugh Company.  He was married in 1940 and he enlisted the same year.  He was sent to the  Naval Air Station in Norfolk, Virginia for training.

On June 4, 1942, Torpedo Squadron Eight took off on an intercept and attack mission of the Japanese.  While they dropped torpedoes in the face of anti-aircraft fire, the pilots realized the fuel supply was low and continued to attack.  AR3c Creasy performed the duties of a radioman and gunner during this mission and posthumously received the Distinguished Flying Cross.  The squadron lost 29 men that day and only one man returned to the USS Hornet. 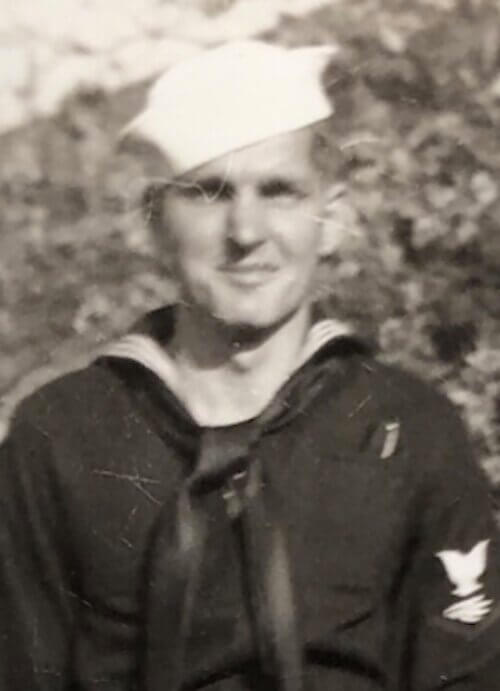