Survived 23 years and 9 months of active federal service, married the “girl next door” and helped her raise three “Army Brat Sons” who have six children of their own. We have been married since 1969 and I love her for all she has helped me achieve. 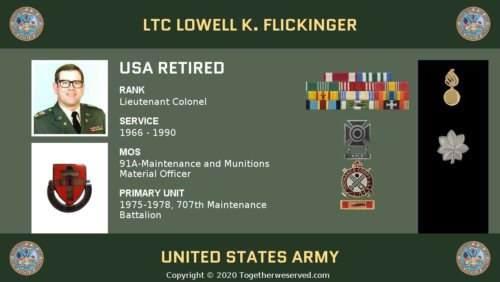