Airman First Class Chavis served with the 824th Security Force Squadron, Moody Air Force Base, Valdosta, Georgia. He was killed by a sniper’s bullet while performing duties as a turret gunner.

He was a 2003 graduate of Phoebus High School. 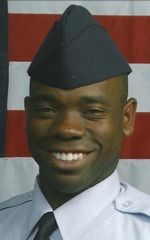