He was wounded in the hand, recovered and sent back to his unit when he went was seriously wounded on Nov 29, 1944 in Merode, Germany and taken to a German aid station on a farm.  He died at the aid station and was hastily buried by a German paratrooper.  His remains were found in 1972 where he was reburied alongside German paratroopers.  His was reburied in 2014 in Netherlands American Cemetery, Margraten, Netherlands.

Before the war, he was employed at Morrison Knudson. 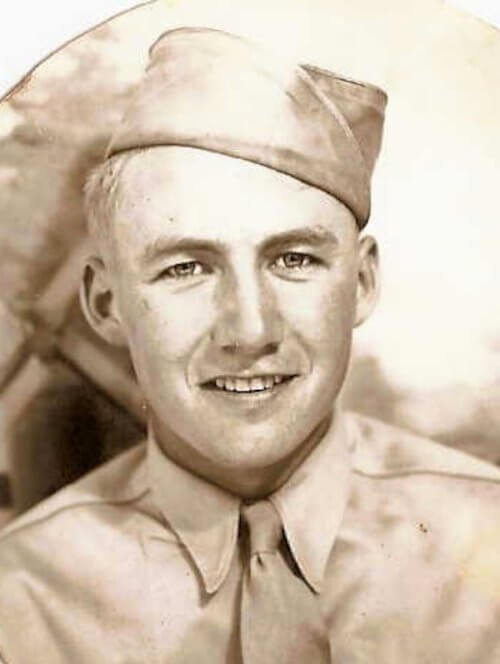