SPC4 Campbell served with the 1st Battalion, 503rd Parachute Infantry Regiment, 173rd Airborne Brigade, 11th Special Forces (Green Beret). On February 8th, 1967 he was killed in action by enemy fire as he knowingly and willingly treated and shielded his patient with his own body. Annually, the Keith Campbell Award is presented to an outstanding soldier through the George Washington Chapter of the Association of the United States Army. On November 14, 2006 the Fort Sam Houston Library was memorialized by renaming it the Keith A Campbell Memorial Library. 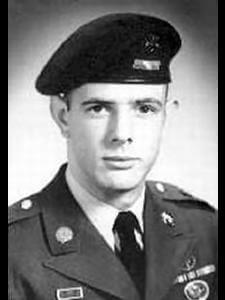