Before the war, he graduated from William Fleming High School.

Late on November 10, 1943, a B17 #42-29646 nicknamed “Peg O’ My Heart” was returning to Massioault, Tunisia, from a bombing mission over Bolzano, Italy, when the plane was hit by flax knocking out one engine.  As the formation left the Italian coast, another engine failed and it exploded on Peo O’ My Heart. The pilot was instructed to ditch the plane parallel to the high troughs in the Mediterranean Sea.  Within one minute after being ditched, the plane sank.  Nine May West life jackets were spotted but only five men could be seen.  Rescue operations were notified and the next morning none of the crew was recovered.  Staff Sergeant’s name is on the tables of the missing at Sicily-American Cemetery, Nettuno, Italy. 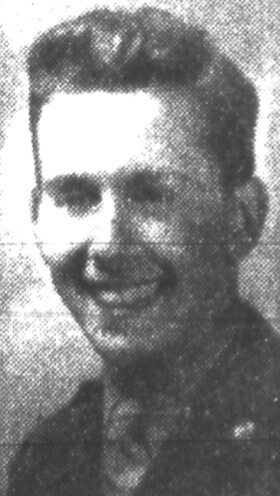