Second Lieutenant Godsey served with the 731st Bomb Squadron, 452nd Bomb Group Heavy, 8th Air Force. He was the co-pilot on B17G # 42-38211 “Sleepy Time Gal” on March 8, 1944 when it was hit by enemy fighters. The plane crash landed and eight of the crew members were taken as prisoners of war. 2LT Godsey and 2LT Anton Harris were killed.

Before the war, he was employed by Virginia Electric and Power. He was a graduate of John Marshall High School and attended the University of Richmond for one year. 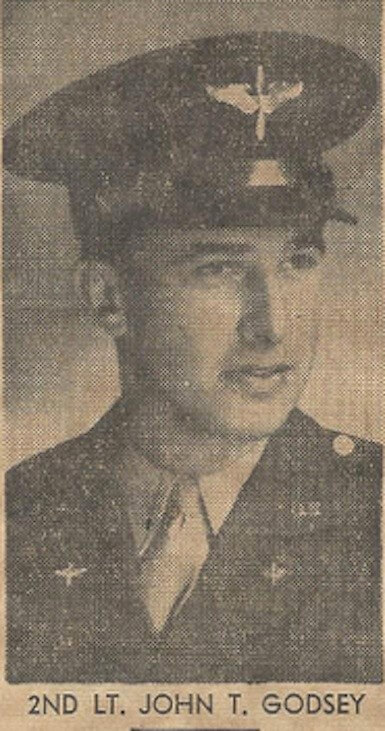