Ensign East served aboard the USS Navajo (AT-64) tug boat as a communications officer and assistant navigator. The ship was torpedoed by a Japanese submarines. Seventeen crew members were lost and the survivors were picked up by a nearby minesweeper.

He was a 1938 graduate of Fishburne Military Academy and a 1942 graduate of Duke University. In December 1942, he received his commission from Columbia University U. S. Naval Reserves Midshipmen’s School.

His name is listed in the Courts of the Missing in the Honolulu Memorial, Hawaii. 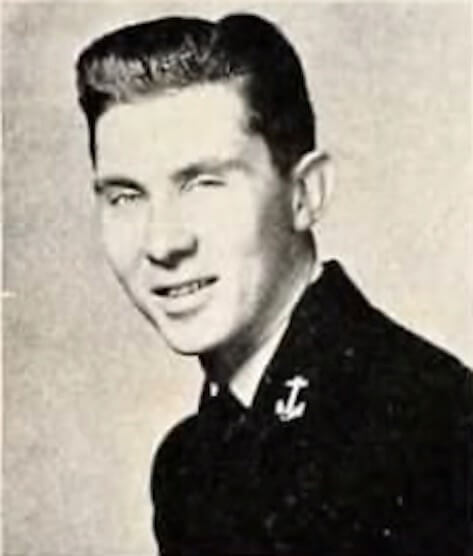