Staff Sergeant Zirnheld served with the 323rd Bomb Squadron, 91st Bomb Group (Heavy), “The Ragged Irregulars,” 8th Air Force as a ball turret gunner on the B-17 “Just Plain Lonesome.” He was presumed killed in action on a bombing mission to Dessau, Germany, that was meant to target a large aircraft works and an airfield. The after action report indicates “First hit by flak over target and then hit by enemy aircraft.” He was listed as missing in action until the War Department officially declared him killed in action, and assigned a death date of 10 September 1945.

Before the war, he was employed by the Norfolk-Virginia-Pilot newspaper and a graduate of St. Mary’s High School.

His name is etched in the Tablets of the Missing in Henri-Chapelle American Cemetery and Memorial, Belgium. 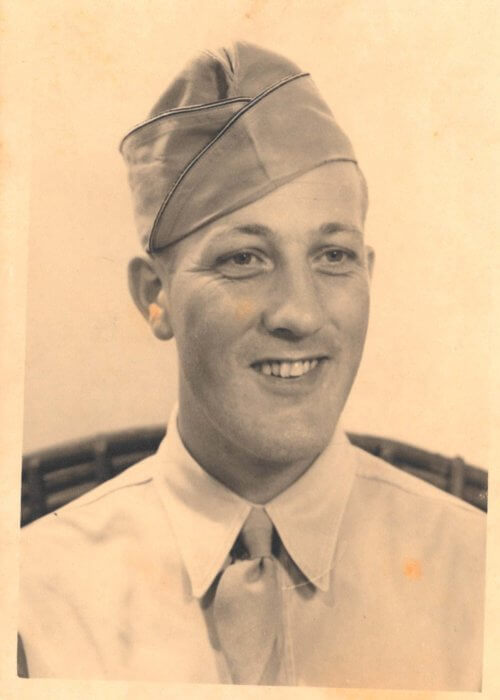