Eugene Roane Venable was the youngest of four children born to William Pettit Venable and Bessie Walden Ritnour on March 21, 1913, in Farmville, Virginia. When he was eleven years old, his father passed away.

“Gene” attended Farmville High School and graduated from VMI in 1934 with a Bachelor of Science degree in Electrical Engineering. He was on the football and wrestling teams for four years and he pitched for the baseball team. In 1938, he married Susie Wilson Cocke and they had a daughter.

Lt Colonel Venable served with the 782nd Tank Battalion. On August 27, 1944, he boarded a C-54 Air Force flight from Boston to Prestwick, Ayrshire. At 0100 London time on August 28, 1944, the pilot started final approach to Prestwick in poor weather conditions and at night. The aircraft was too low and hit the roof of the house before crashing into houses short of the runway. All 20 people aboard the plane and five on the ground were killed. Lt. Colonel Venable is buried in Cambridge American Cemetery, Cambridge, England. 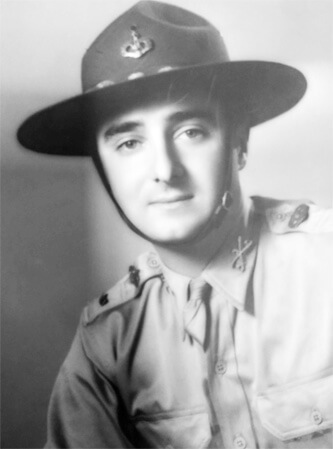