Ensign Major served aboard the SS R P Resor when it was torpedoed and sunk by German submarine U-578.

He was a graduate of John Marshall High School and the University of Richmond where he earned his B.S. in business administration. Before entering midshipman’s training school at Northwestern University, he was employed by the Retail Credit Company.

His name is listed on the Tablets of the Missing on the East Coast Memorial, Manhattan, New York. 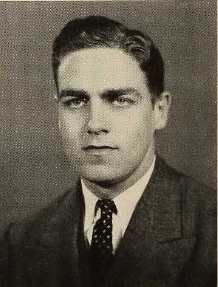