Captain Bessor served with the 219th Aviation Company, 17th Aviation Group, 1st Aviation Brigade. On May 13, 1969, an O-1G Bird Dog in which Captain Bessor was piloting, went for a radio relay mission for a Special Forces reconnaissance team around the Vietnam/Laos border. Contact was made with the reconnaissance team and the sound of anti-artillery fire was heard over the radio. They then lost contact with the Bird Dog and the plane never returned to base.

His name is etched in the Courts of the Missing at the Honolulu Memorial, Honolulu, Hawaii. 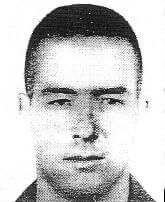