The Virginia War Memorial is the Commonwealth of Virginia’s premier monument, museum, and educational center honoring the memory of all Virginians who demonstrated a willingness to serve and fight to defend the United States from World War II through today. Through educational outreach, exhibits, documentary films, and patriotic programming, we strive to educate students of all ages and backgrounds on the experiences of those who served and their families on the homefront.

The Memorial regularly hosts a variety of school programs, both on and off site, lectures, exhibitions, seminars, and ceremonies to fulfill our mission to

To honor veterans, preserve history, educate youth, and inspire patriotism in ALL. 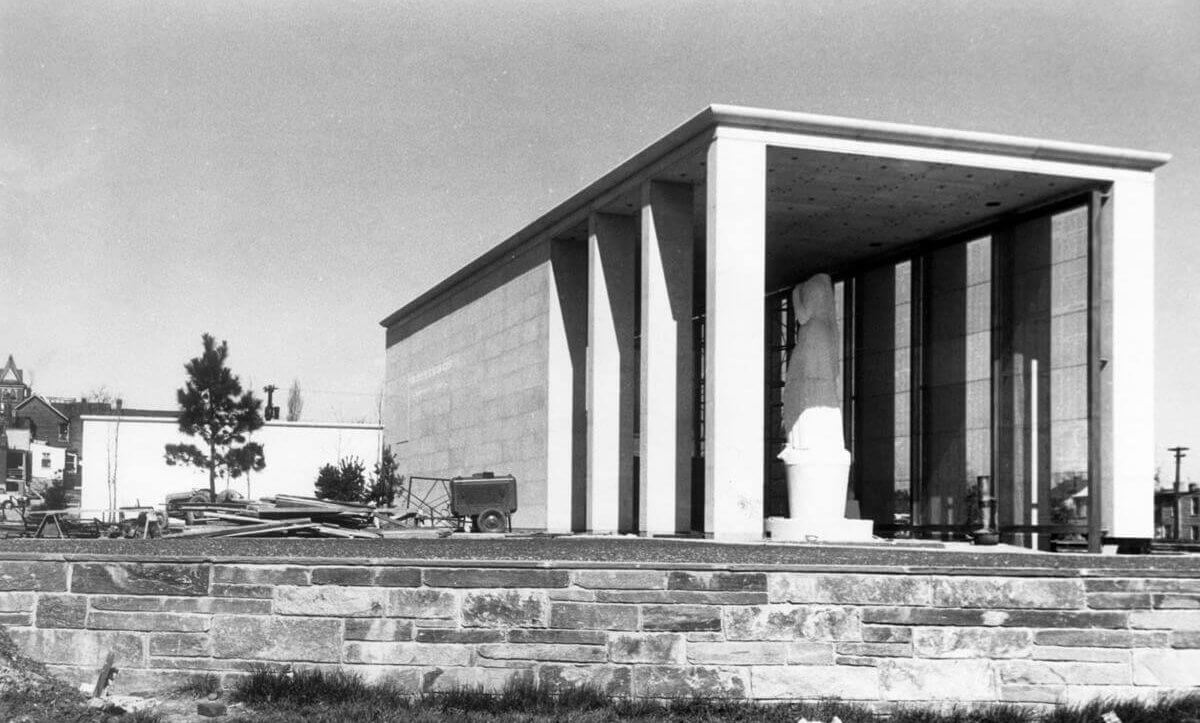 In 1950, five years after the end of World War II, the Virginia General Assembly authorized the construction of a memorial to honor and remember the nearly 10,000 Virginians who made the ultimate sacrifice serving in the U.S Armed Forces. Nearly five acres of land overlooking the James River and downtown Richmond were allocated for the Memorial, and Samuel J. Collins of Staunton and his nephew, Richard E. Collins won an architectural competition among Virginia architects.

The Collinses created a brilliant and timeless design that embraced the dramatic site as well as any building in Richmond. Suggesting a Greek temple, the open pavilion, with highly stylized classical elements such as columns and an entablature, has a solid wall of smooth, stone block on its western side that shields traffic noise and the relentless afternoon sun. On the shrine’s eastern side, each bay contains a huge sheet of glass on which are listed the dead, their names forever set against the backdrop of their capital city.

Set within the pavilion and visible to passersby is “Memory,” a 22-foot-tall statue of an allegorical female in grief. An eternal flame flickers at its base. The design was Leo F. Friedlander, noted sculptor who also worked on sculptural elements at Rockefeller Center in New York City.

As construction began, America entered the Korean War and plans were changed to include the heroes of this conflict. Built immediately to the north of the pavilion was a small auditorium and office building that played only a supporting role architecturally.

2010 & the Paul and Phyllis Galanti Center

In 2010 an 8,000-square-foot, $10 million expansion project was added to the shrine, complete with a combined interpretive museum, new auditorium and outdoor amphitheater. The opening of the Paul and Phyllis Galanti Center evolved the memorial from a passive space for remembrance and contemplation into a true museum and educational space, providing context for the shrine’s meaning, so that future generations might better understand the sacrifices made by their military forebears.

Placed at the northern side of the original memorial, the Galanti Center forms an L-shaped complex. The building is named for Richmonder Paul Galanti, a Navy pilot who was imprisoned for six and a half years by the North Vietnamese, and his wife Phyllis, who relentlessly sought the release of her husband and hundreds of other captive American POWs.

Architecturally the addition, designed by Richmond-based Glave & Holmes Architecture, mirrors the stunning, mid-century modernity of the original memorial while animating the landmark’s presence in the urban landscape. 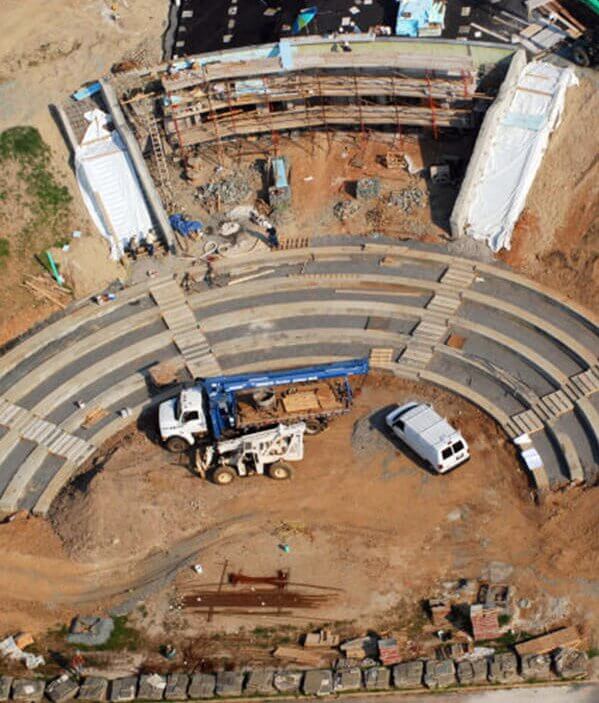 The Virginia War Memorial in the 21st Century

In summer of 2017, ground broke on a $26 million expansion project. The addition will feature a shrine to those killed in action in the 21st century, a long-distance learning and oral history studio, a veterans art gallery, a Medal of Honor Gallery, and a lecture hall, and a parking deck with roughly 170 spaces.

Upon completion, this public-private project will allow the Memorial to better serve the thousands of students, veterans, and guests who visit annually and greatly enhance our ability to reach across Virginia and beyond. To learn more about the ongoing construction project and the campaign to raise funds for the facility, click here.